I’m very pleased to finally be able to bring you news of Vincent Ventresca’s lastest film.  If you recall, back in March I blogged about a film that Vince was starring in called Sorry.  At the time I didn’t know much about the film, nor did I know that because of film festival rules, no promotion on external websites was allowed.  Oops.  So, in deference to the film festival rules, I’ve been sitting on updates about this project for several months.  Now, finally, I can tell all of you about this cool little film.

Sorry was created specifically for the DVXuser.com Spy Fest Short Film Festival.  This online contest required that the submitted entries have a spy theme, be no longer than six minutes, and the central character be named Rob or Robin.  Filmmakers had only three months to get their entries made.

Sorry stars Vince as Robin Tasker.  It was written, produced, and directed by Joe Dietl.  DP (Director of Photography) Mike Halper of Ascentia Films asked me to tell you that the film was rushed in order to meet the submission deadline and is not quite finished.  Improvements to the visual effects, sound effects, and music are in the works.  Mike said he will let me know when the new version is available so that you can watch it.

Everyone involved in this short did a great job, and it looks like others thought so too since it just won third place at the DVX User Spy Fest Film Festival.  Congratulations to cast and crew!

I want to give a big thanks to Joe Dietl and Mike Halper for allowing me to share the following poster, behind the scenes pictures, and screen captures with you.  I had to do some resizing and cropping to get these pictures to fit on the page, but if you want to see a larger and uncropped view, go to the photo gallery page. 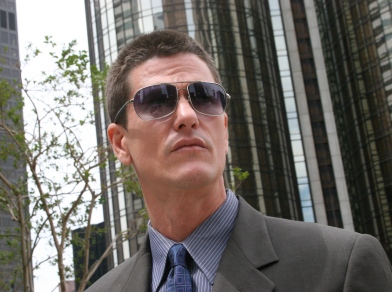 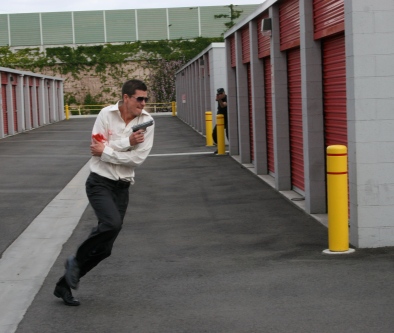 Click Here to Go to the DVXfest Site
and Watch Sorry

8 thoughts on “Vincent Ventresca in “Sorry””