Can you believe the Super Bowl is tomorrow!?  Yep, tomorrow is the day that the two Doritos commercial contest winners are announced.  This will happen during the game sometime when they air the winning commercials.  Unfortunately, it won’t be one of our commercials because we didn’t make it into the finals.  I’m not really surprised.  There was some tough competition this year and there were plenty of commercials that were even better than ours that didn’t make it into the finals.

Overall, I would say we were in the top 20% of the commercials in terms of production value and story; although much of the story ended up getting cut because of time constraints and I think that really hurt us.  I really wish that we could have, at the very least, made it into the finals (and won $25,000) so that we could have paid everyone involved in the project.  This was an all-volunteer project.  Nobody got paid…from cast to crew.  Everyone took a chance with this project and it is greatly appreciated.  We couldn’t have done it without their combined talent.

Now I know I said that I would be talking more about the making of the commercial, and I will.  But because producing the commercial took me off my I-Man cast feature film project for several months, I felt it was more important to put my focus back on writing the treatment to get that project moving again.  Naturally, if we had actually gotten into the finals, I would have put my time and energy into promoting the heck out of the commercial and trying to get as many votes as we could so that we could win.  But since that didn’t happen, I switched priorities.

To all of you who have been supporting us in this contest, I want to give a big thank you.  It was because of you giving us five-star ratings that we were able to actually make third place in the popularity ratings for a short time!  It didn’t last long, of course, because everyone else was trying to get their ratings up too and they overtook us.  But it did get our commercial some attention; and that was one of my goals during that phase of the contest.

If you’ve been following the contest, you know that Doritos had a Nacho Awards contest earlier.  There were eight different categories and our commercial didn’t really fit any of them so we weren’t chosen to compete.  To watch the winners, go to the Doritos Facebook app and click Nachos on the “Sort By” drop down menu.

The following video is of Ali Landry introducing the five finalists, giving us some behind-the-scenes tidbits, and explaining how the contest works.

Tomorrow we find out who the two winners are!  Which commercials are you rooting for?

I’m pleased to announce that we have submitted two new commercials to the Doritos contest!

Why submit more than one entry?  Well, we got some feedback on the first commercial and not all of it was positive.  One of the complaints we heard was that it went by so fast some people couldn’t figure out what was happening.  Others complained that the trophy didn’t seem damaged enough to replace the football with a Doritos ball.

So, Mike Wood, our 1st AD, took the raw footage and cut another commercial.  It meant having to completely cut out some scenes, but I think the sacrifice was worth it.  The commercial flows so much better now and it really focuses on the story.  If any of our commercials have a chance to win, we think this will be the one.  You can click on the link below to watch it.  By the way, don’t let the name of this version fool you.  It’s not a true story.  It’s completely fictitious.

The next commercial came out of a lot of extra footage that we had.  Sandra Myers, our director, had originally envisioned having a lot of dancing in the commercial.  Her first idea had the actors doing goofy end zone touchdown dances.  Then she changed it so that everyone was doing the same dance.

So what happened to all that dancing footage?  Well, it got cut.  Thirty seconds was simply not enough time to cram it all in!  So Sandra decided to cut another commercial…one that focused on the dancing.  It doesn’t really tell a story, but it is a lot of fun.  She used not only footage from the shoot but, also, footage from the auditions and footage of some of the actors eating Doritos that she took when we were doing ADR (Automated or Additional Dialog Replacement).  Here’s the fun result:

There are only two more days left before the contest changes so I hope you’ll help us out before Wednesday, November 28 by giving us a five star rating on our commercials, especially Doritos Golden Trophy True Story.  We really want to get that one noticed and we don’t have much time left!

November 28 will start the Nacho Awards portion of the contest.  This part of the contest is where Doritos pits the commercials against each other in various categories.  For example, Doritos may ask Facebook users to select their favorite commercial that includes a pet.  We have no idea if any of our commercials will be chosen to participate in the Nacho Awards or even if they will be available to view and rate (we hope so!).

Whatever happens, I’ll be keeping all of you updated on what is happening with the contest.  I’ll, also, go back and talk more about the pre-production, production, and post-production phases of the project, which is something that I had wanted to do while we were going through those phases, but was unable due to time constraints.  I’ll have some cool behind the scenes photos to show you and maybe another surprise or two.

Hey, folks, I’m pleased to announce that our commercial for the Doritos Crash the Super Bowl contest is now online!  Now before I send you to the link to watch it, I want to give a big thanks to our cast and crew and especially our director, Sandra Myers, for making this ad a reality.  We couldn’t have done it without you!  This was truly a group effort.

There are only a couple of days left before the submission period closes so we need you to help us out and get us noticed!  Here’s how you can help:

Thanks for your help.  Now go watch the commercial! 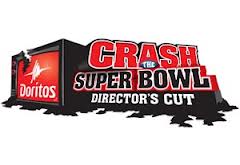 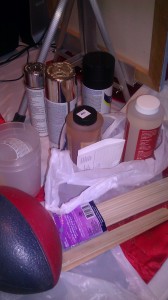 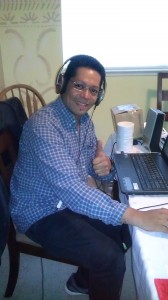