The I-Maniacs Fan Club has announced the date of the next I-Manicon:  July 21, 2007.  So mark your calendars!  If you’re a fan of The Invisible Man, this is a must-attend event.  Seriously, folks, most fans just dream of this kind interaction with their favorite actors.  The fan club makes it happen.

Last year was hands down the best con we’ve had to date.  We had the pleasure of having Vincent Ventresca, Paul Ben-Victor, Eddie Jones, and Mike McCafferty join us as special guests.  Also in attendance were Eddie’s wife, Anita, and Jason Makiaris, both of whom had guest roles on the show.

We have yet to get the entire cast in attendance, so maybe this will be the year?  Here’s hoping!

Check out the following pictures from last year’s con that I-Mom was kind enough to share. 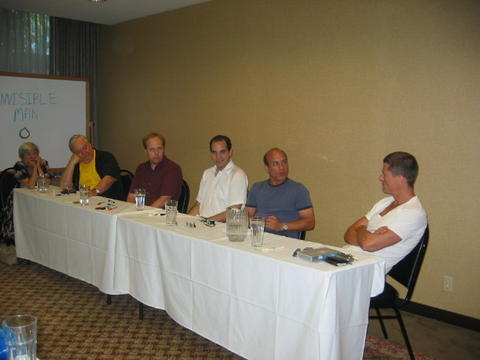 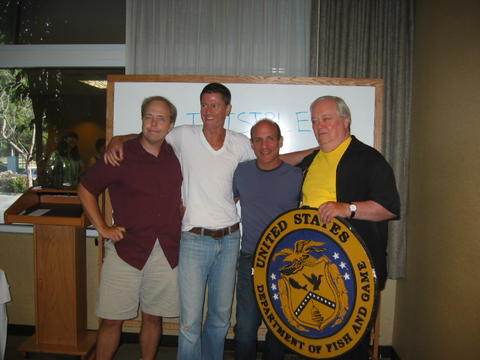 This year the con will be held in Los Angeles, California, at the same hotel as last year:

You must be an I-Maniacs Fan Club member to attend, but membership is absolutely free.  It’s a great little fan club and members get some very nice perks.  So if you’re not a member, what are you waiting for?  Go join now!

Volunteers are needed to help plan the con.  I’ve helped out the two last years, but need to step back this year because it pulls me too much away from the movie project, which has to take priority for me.  So if you can step in and help fill that void, it would be very much appreciated.  You don’t even have to be an attendee to help out. Just go to
http://tv.groups.yahoo.com/group/I-Manicon_2007/ and join the Yahoo! group.

The fan club will be sending out more info in the future and I’ll post updates here too from time to time.

3 thoughts on “Fan Club Announces Date of Next Fan Convention”