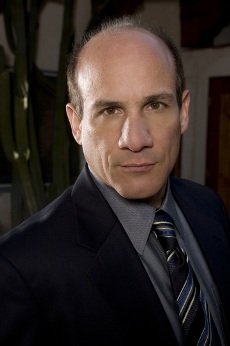 Have any of you had a chance to look around the In Plain Sight official website?  If not, there are some great video interviews with Paul Ben-Victor that you should check out.  In the third video Paul talks about being an actor and I have to say I really admire his philosophy and attitude about what he does for a living.

To view the videos click on the link below and scroll down the page a bit until you get to Paul’s videos.

Here’s a great tip from William Martell’s blog on how to give a low-budget film a big-budget feel:  Use stock footage.

In his blog, Martell writes about a writing gig, that ended up going bust, in which the producer was supposedly looking for a script to fit a facilities deal he had.  What’s a facilities deal?  According to Martell, “a facilities deal is a studio that will give you equipment, studio space, standing sets, and often crew in exchange for a cut of the film.  Most of these deals are outside the USA, many in ex-Soviet countries (including Russia) and places like the Philippines and Mexico.  Anywhere where the film biz was booming at one time and now it is not.”

Martell goes on to explain how he tries to make the most of the sets and  props that the facility has.  He writes:  “One of the issues with any facility deal is that to best use what they have, you need to stretch it. Just like any other backlot, they may have some street sets and some buildings, and then all kinds of cool standing sets on the soundstages. But you need that bit of stock footage of New York to sell that New York Street Set. You need some Paris stock footage to sell the European Street Set. And if you do a little bit of re-dressing and use a piece of Rome stock footage, your story can do a little globe trotting without any real cost.”

So how does using stock footage make a low-budget film look bigger?  Martell explains how he incorporates stock footage into his scripts:  “When you are writing scripts on a budget, you start to look for things that can stretch that budget – so that you can write a script that looks like a big studio film that can still be made on the producer’s budget…You didn’t want the audience to think your $3 million film cost $3 million. You want them to think it cost $100 million. So you learn to keep your eye out for anything that adds production value. I see a film with ‘harvestable’ stock footage, and I remember it. In this case, I was looking for stock footage that had been used at least once before in an inexpensive film – that way I know it’s cheap.”

Where do you find stock footage?  Martell says that “you want to find great footage from a film that completely flopped. George Lucas isn’t going to sell you footage from STAR WARS (starring Mark Hammill) but you might be able to buy some of that great sci-fi footage from SLIPSTREAM (starring Mark Hammill). The bigger the film flopped, the more likely the producers want to make a buck or two selling someone stock footage…The biggest mistake you can make when thinking of stock footage is to consider material from a film that made money. You need to *only* look at big flops.”

What a great tip for us independent filmmakers who are looking to stretch our budgets!

Eight years ago today The Invisible Man appeared on our TV sets for the first time.  It premiered with the highest ratings of any other Sci Fi Channel show up to that point; and was the number two show on the network during its two-season run.  It received several Saturn Award nominations and won a best ensemble award from TV Zone magazine. In addition, several episodes were among the Futon Critic’s Top 50 Episode picks for 2001 and 2002.  At the time of its cancellation it was the only show growing in syndication.

I remember coming into the Pilot 15 minutes late because I almost forgot it was on!  I was kicking myself because I had been watching the commercials for the show and was really looking forward to checking it out.  I had hoped it would be good and I was pleasantly surprised.  I decided then to give this show a chance and by the third episode I was hooked.

Little did I know back then what a profound effect this show would have on my life.  I could have never imagined that I’d be doing what I’m doing today.  But here I am years later working on getting the cast back together again and having a blast doing it.  Yes, it is a heck of a lot of work and sometimes I have to deal with frustrations, but I wouldn’t trade it for anything.  I’m going to keep at it until I get our cast together again in a film.  And who knows where that will lead?  Maybe someday we’ll get to see more I-Man too.

Anyhoo, in honor of this day, I thought I’d create a poll.  Remember those?  I haven’t done one in ages.  So I’m asking two questions this time:  1) When did you start watching The Invisible Man?  and 2) Where have you watched it?  To answer the poll questions, go to the Shoom Zone home page (yeah, I’ve been playing around with the design again) and scroll down a bit until you see the poll.  It’ll be fun to see your answers! 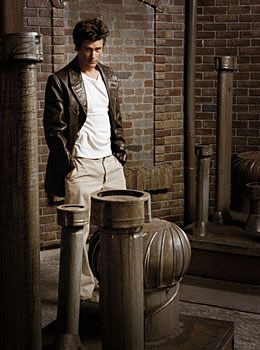 This is very last minute and I realize that for those of you on the East coast this may be coming too late, but I just found out that Vincent Ventresca is a guest on tonight’s episode of In Plain Sight!  Yep, Vince and Paul in the same show again.  How cool is that?!  I wonder if they will have any interaction?

In Plain Sight is on tonight at 10:00 p.m. (9:00 p.m. Central) on USA.  The episode is entitled “Hoosier Daddy” (how fitting).  If for some reason you missed it, do check the In Plain Sight website for air dates of repeats of this episode.

Last, but by all means not least, I want to give Elaine a big huge thanks for giving me the heads up on this.