This coming weekend I’m looking forward to spending both days in San Francisco at an IIFF workshop entitled “The Reel Deal – Getting Your Indie Film Financed, Produced & Distributed Without Getting Ripped Off.”  The workshop will be given by Jeffrey Brandstetter, an entertainment attorney, financier, producer, and distributor.

I first met Jeffrey about a year ago.  We attended the same seminar given by a venture capitalist.  I blogged about it in a post I wrote last March entitled Film Financing From a VC’s Perspective.  For the afternoon group assignment, Jeffrey was on the same team as I was.  It was great to have someone with his experience on our team.  We ended up beating all the other teams with our project.

Jeffrey makes the best argument I’ve ever heard for why films are not necessarily the poor investment that they are commonly painted to be.  Yes, he admits that most films don’t recoup the investor’s initial investment.  However, when you compare films to the typical Silicon Valley startup, there are some noteworthy differences.  Many startups have nothing to show after 18 to 24 months and, if they fail, the most that an investor can often get is whatever the fixtures sell for at auction.  In other words, pretty much nothing.  However, when it comes to films, if you are able to raise the full production budget, which will enable you to complete the film and get it in the can, you now have a real asset…something that is worth far more than used furniture.  If the film is a big hit, there can be big rewards; but at the very least, an investor will receive back a significant portion of his or her investment.  There won’t be fire sale.  That can’t be said for most Silicon Valley startups.  Following that line of reasoning, this makes film an investment that is very worthy of consideration.

If the business of filmmaking interests you, you might want to take the time to watch the following 41 minute preview video.  In it, Jeffrey gives us small taste of his upcoming workshop.

After a long hiatus, Paul Ben-Victor will be back on the small screen when season two of In Plain Sight starts this coming Sunday, April 19, at 10:00 p.m./9:00 p.m. Central, on USA.

While you’re waiting in anticipation, you might want to read this interesting interview:  20 questions for … ‘In Plain Sight’ co-star Paul Ben-Victor.  Body art?  Who knew? 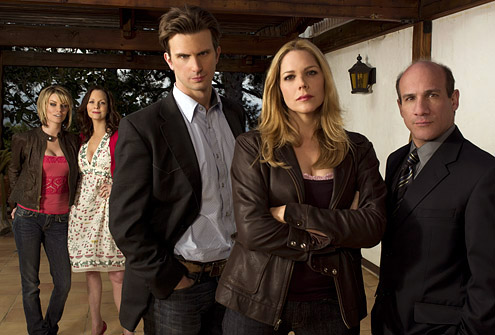 This week we’re getting a double dose of Vincent Ventresca!  How great is that?  Vince is playing the role of Nolan in an episode of Dollhouse entitled “Needs.”  The episode airs Friday, April 3, at 9:00 p.m./8:00 p.m. Central, on FOX.

Synopsis:  When Echo, Sierra and Victor awaken in the Dollhouse with most of their original personalities and memories intact, Echo leads the charge to free the Actives from their apparent captivity and escape the Dollhouse forever. Meanwhile, Ballard discovers the Dollhouse is closer than he thinks.