Vincent Ventresca guest starred Saturday in Nickelodeon’s True Jackson VP.  The episode is entitled “True’s New Assistant.”   True Jackson VP star, Keke Palmer, said about the episode, “very funny show, wait til you meet the assistant, he turns out to be a handful, the actor that plays the assistant is so good.” — KeKe Source Online

I have to agree with KeKe.  This may be a kids show, but Vince really shows off his comedic talents here.  I’m always amazed at the range he has as an actor…from a goofy assistant to a scary killer to an invisible man.

I only found out about Vince’s appearance about half an hour before the show started on Saturday…too late, unfortunately, to be able to give all of you a heads up.  So I’ve been looking around, trying to find out if there are going to be any reruns or online airings.

Nick’s TV show schedule doesn’t really give much detail.  The show airs its first-run episodes on Saturdays at 8:30 p.m.  The schedule shows other airings of the show at the following times this coming week, but doesn’t give any info as to whether they are reruns of Saturday’s episode or not.

I did manage to find a short clip from the episode for you to watch.

It appears that at some point the entire episode should be available to watch online, although I’m not sure when that will happen.  But if I was to venture a guess, I’d say give it a week then click on the above link and see if the entire episode is up.

A couple of years ago I was approached by author/journalist Mark Phillips who, along with his writing partner Frank Garcia, was writing the second in a series of books on science fiction TV series.  Their first book, Science Fiction Television Series, was published in 2006 and covered TV series from 1959 to 1989.  Their second book was to cover series from 1990 to 2004.  So guess which series that we all know and love fits into that date range?  Yep, The Invisible Man.

When Mark approached me asking for help on an Invisible Man chapter that he was writing for the book, I was happy to help.  Hey, I’m a fan.  How could I resist?  So I provided information about the show and helped edit the chapter, as well as arranged interviews with Vince and Paul.

Now, after all this time, the book has finally been published!  Mark did a really nice job with the chapter.  There are maybe one or two errors that crept into the chapter, but for the most part, it’s pretty accurate.

This makes me appreciate the brilliance of Matt Greenberg even more.  Not only did he not skimp on the invisibility aspects, but he created a way to do invisibility that we hadn’t seen before, what with the gland and Quicksilver.  However, he wisely didn’t put the focus on the invisibility.  Instead, he created fun, flawed, and fascinating characters that we could fall in love with and care about.  In fact, it was the “show’s emphasis on characterization” that attracted Vince to the part of Darien.

Mark writes about several of the episodes such as the pilot (good choice), “Catevari,” and “Legends.”  In hindsight, I probably should have suggested that he include something about a few of the stronger episodes.  I would have liked to have seen something in the chapter about “Flowers for Hobbes,” “Brother’s Keeper,” or “The Other Invisible Man.” 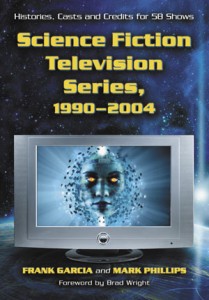 Subjects Mark writes about in the chapter include the casting process, the chemistry between Vince and Paul, the visual effects, the addition of agent Alex Monroe, and the cancellation.  There’s some interesting stuff there that you may or may not know about.

The book is definitely a must have for I-Man fans, as well as lovers of science fiction TV shows.  You can purchase a copy for yourself by clicking on the link below.  That will take you to a website filled with all kinds of information about both books as well as ordering info.  (I bought my copy from Amazon.)

Note:  I’m not making any money plugging this book.  My only rewards have been being able to help with promoting I-Man to more people and getting a very nice acknowledgment in the Acknowledgments section of the book.

Invisible Man fans are an international community and it’s really nice when I get to hear from those of you who are in other countries.  A fan from France by the name of Elodie contacted me a couple of months ago and was very supportive of my film project.  I can’t tell you how much I appreciate all her support as well as those of other French I-Man fans out there.  It’s great to know that there are other fans out there who want to see the cast together again as much as I do.  Thank you!

Elodie runs a great I-Man fan site that you should check out.  The link is below and I’ve also added it to the Friends and Supporters section on the right-hand side of the blog.  Her site is written in French, so if you don’t read the language, you might try any of those handy free translator programs that are on the Internet.  It will at least give you a gist of what is written. 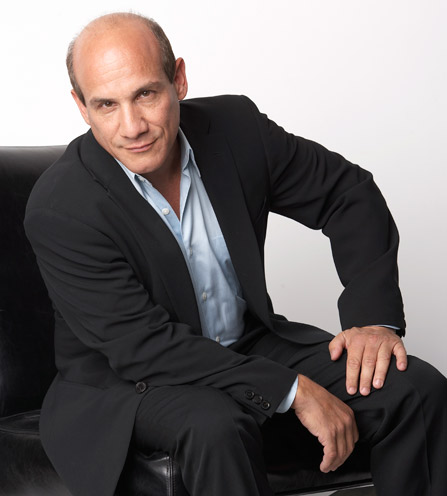 Paul opened his iTunes twice for Playlisted.com so that we can get a peek at his very eclectic taste.

Here’s a great interview from 411mania, including an update on Paul’s movie Should Have Been Romeo. 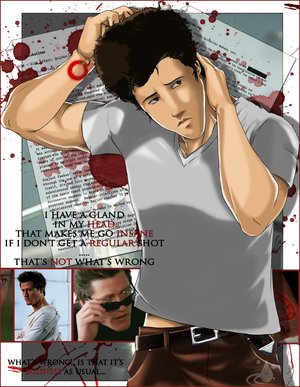 Invisible Man fans, check out this terrific drawing done by Kristy (a.k.a. Rain), an I-Man fan from Australia.  The piece is called Darien Fawkes – Living Hell.  You can see a larger version of the picture by clicking on the above link and then clicking on the picture.

Kristy is the same artist who created the wonderful artwork for our I-ManiCon 2007 t-shirts, which some of you may remember.

This fandom has some very talented fans!