I-Man fan Kristy Seddon would love to see another I-Manicon held and she wants to know if you feel the same way!  Here’s what she writes:

The last I-Manicon was held in 2007, with a success with Mike McCafferty and Paul Ben-Victor attending. Since then there has been no I-Man cons held… and it’s time to (at least try) to change that! We miss the fun and love that was shared at the many cons in the past…. let’s do it again!!

This may not work – but at least i tried to make it happen of some sort… either way, i’d love to know those who would Love to see another Con 🙂

Good news for In Plain Sight and Paul Ben-Victor fans!  The USA Network has picked up In Plain Sight for not one, but two more seasons!  This brings the show’s run to five seasons total. Paul Ben-Victor and the rest of the main cast, including Mary McCormack and Frederick Weller, are all set to return to the show, which will continue to film in New Mexico.  So now we get to enjoy watching Paul play Stan McQueen for at least two more seasons! 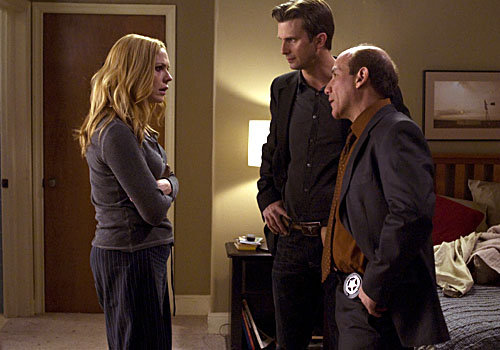 Julie Ben-Victor created a darling video a while back that she has graciously allowed me to share with you.  It is called Home and it features herself, her husband Paul Ben-Victor, and the too-cute-for-words Cowboy.  After watching this, I want a Chihuahua!