Sometimes life can take unexpected twists and turns and that can especially be said about the film development process.   Back in January I told you that I was going to start writing a story reference guide (also called a story bible).  I estimated that I could get it done in a couple of weeks.  What I didn’t imagine is that I would still be writing it ten months later.  Boy, was my estimate off!  See, what I didn’t count on was getting into a seven-car pileup in February.  I couldn’t have imagined back then how much that would affect my life.  I know I already mentioned this back in March, but while the pain was starting to decrease, I didn’t know then that my sleep issues would continue all the way into July.  I’ve had six long months of feeling like a zombie.  Yeah, I felt like the walking dead…barely able to function and stay awake during the day because of being unable to stay asleep at night.  Let me tell you, being a zombie is highly overrated.  I don’t recommend it.  Needless to say, the film project came to a screeching halt.  I managed to attend some cool workshops and meetings, but that’s about it.  I can’t tell you how frustrated that made me feel.  But that was then and now I’m relieved to be feeling much better, and my energy is returning.  I’m getting back on track with the project.  Finally!

So let me catch you up on what’s going on.  I’m working on the story bible again and have most of the character bios and psuedoscience done.  As I make progress with it I’m seeing things that need be fixed in the treatment, so we’ll need to give the treatment another once over before it goes to the story analyst.

I’m also working on something that will involve all of you—a contest!  Yep, I’ve got a cool little contest coming that I think you will like.  It involves you getting to name some of the characters in the movie!  Australian fan Kristy Seddon has created some darling artwork for the contest that I can’t wait to show you.   I’m editing the contest rules and my lawyer is just about finished with the Terms and Conditions section.  After I review everything and make sure that everything is correct, I’ll be posting it up on the blog.  So put your thinking cap on and start thinking of names!

As of the date of this posting, there are 16 people so far who want to see another I-Manicon happen.  One of them is Mike McCafferty (Eberts).  Mike wants to see another I-Manicon happen!  How about you?  If you support this idea, please go to the I-Manicon 2011 Facebook Page and hit the “Like” button.  Okay, I know the economy is tough right now, but I think we can do better than 16 people!

I have a series of articles coming up that I’m going to be writing for the United Filmmakers Association.  I’m going to be interviewing distribution companies.  This was supposed to start this month but, tragically, one of the sweetest little cats in the world fell ill and passed away suddenly.  I feel like I’ve lost a child.  It’s been a rough few weeks and I’m still not completely over it, but they say that time heals all wounds.  So this project has been pushed back a bit.  I have a lot of homework to do, in the form of studying the distribution process, before I can begin to ask distributors the right questions.  But I’m looking forward to the challenge.  Distribution is one of toughest and important challenges that producers face. 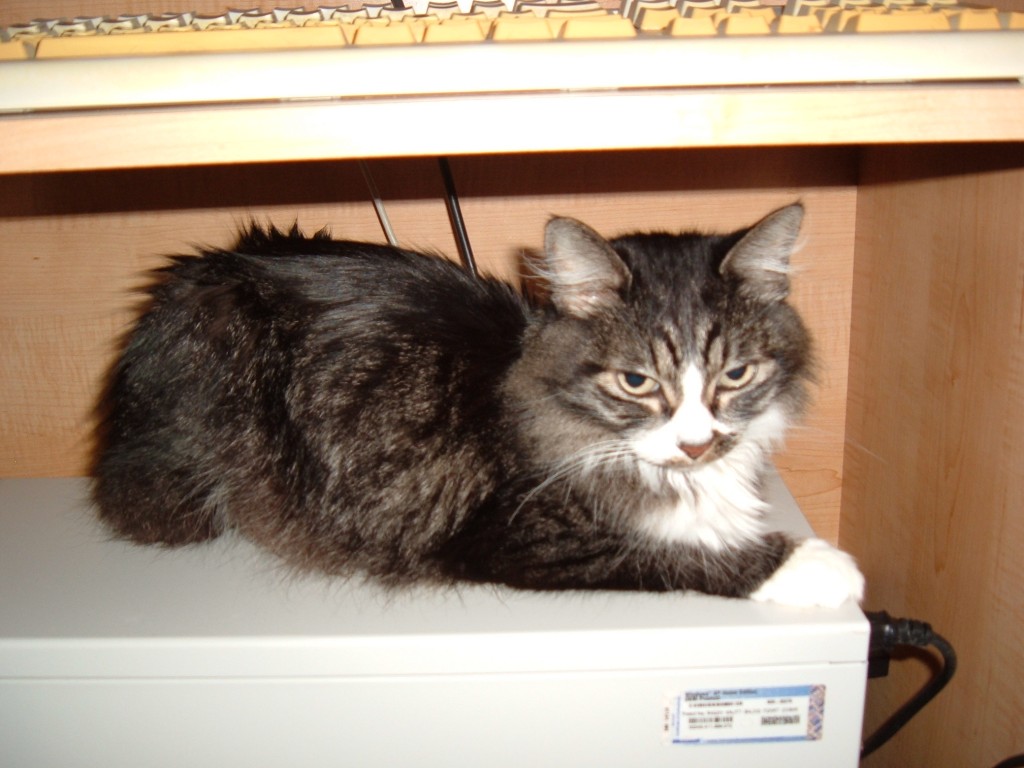